Between childhood dreams of marine biology, teaching and professional skateboarding, who knew the members of Team PC would all be brought together by landing jobs in PR? For this week’s Throwback Thursday, we took some time to reflect on our dream jobs as kids. Read on to relive the fun with us!

“I was going to be a vet and live on a ranch with dozens of animals, and then I accidentally let my bunnies die because I forgot to feed them, and I figured that was out for a career.  So now I work in an office with a dozen animals instead (well at least that’s what it seems like when there’s food around here!)” – Lori 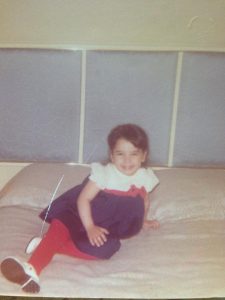 “Although I love where my professional career has led me, I did not always dream of being in PR. I wanted to save animals – dolphins, in particular. I dreamt of being a superhero activist/marine biologist.” – Kayla

“My childhood dream job was to be a poet/artist/interior decorator and live in a beautiful loft in Manhattan, NY.” – Jessica

“I always wanted to be an doctor but sadly, that dream was crushed when I realized that I would never be good at math. So, I went the opposite direction and after getting to meet Nancy O’Dell on a media tour of the Pasadena Rose Parade, I considered becoming an entertainment reporter. That quickly changed when (and this is extremely embarrassing) an old reality show on MTV called PoweR Girls introduced me to the world of PR. The show made PR look so glitzy and glamorous and I knew then and there this is what I wanted to do. While it’s not always glitzy and glamorous in real life, it is exciting and I’m so glad I decided to make this my career!”  – Alma

“When I wasn’t dressing up and dreaming about being a princess, I wanted to be a veterinarian when I was little! I’ve always loved animals and thought there could be nothing better than playing with cute little animals the whole day.”  – Eden 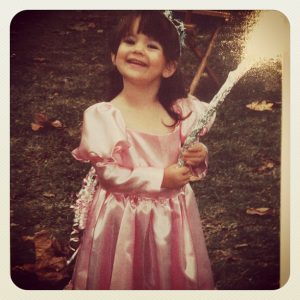 “My childhood dream job was to be the fifth Teenage Mutant Ninja Turtle. Honestly, it’s still my dream job! Don’t tell the boss, but if that opportunity EVER presents itself…” – Dan

“Growing up, my dream job was to be a teacher.” – Jayme

“When I was younger I wanted to be so many things – a professional basketball player, a cowboy, a toy maker, a veterinarian, or an artist. I guess the last one sort of stuck!” – Jonathan

“My first dream job growing up was to be a backup dancer. I spent one too many afternoons repeatedly rewinding VHS tapes of Britney Spears concerts (sorry, mom and dad) to learn the choreography. Once I moved on from that, I totally shifted gears and wanted to be a teacher.  I’m pretty sure I also went through a hairstylist phase, as evidenced by the photo.” – Linsey 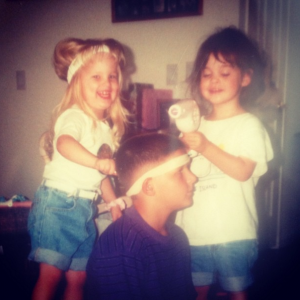 “I really wanted to be a marine biologist. Right up until I realized that it was more than just picking up starfish and swimming with dolphins. My research returned terms like “organic chemistry” and “advanced calculus” and I decided I would just major in English.” – Kari

“Growing up I always wanted to be a teacher (there’s even a picture of me on the first day of kindergarten to prove it!). I actively pursed my dream job until I started working at Prosio, and now I know what I was really meant to do! And who knows, I may end up teaching later in life… For now, I’m pretty happy with my dream job.” – Sarah

“I always wanted to be a professional skateboarder when I was a kid. I would practice every chance I had and every family vacation involved a visit to a new skatepark. That obviously didn’t pan out, but I have won a few contests and can still do some very advanced tricks. Best of all, my kids think I am the best skateboarder in the world and now I can teach them how to skate.” – Ronald 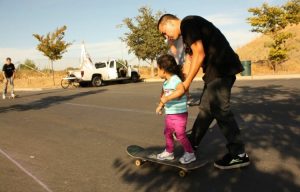