Freeze! Prosio Comms Helped 7-Eleven Give Out Slurpees For a Good Cause

Never ones to turn down free Slurpees, when given the opportunity to help 7-Eleven promote its nationwide community outreach program, Operation Chill, we grabbed our straws and hit the road! Having handled 7-Eleven’s West Coast crisis communications and community outreach since our office first opened, we were tasked with creating a community safety event that would also serve as the launch for the chain’s Operation Chill program in Riverside, part of a nationwide effort to improve relations between law enforcement and local youth. Kids who are “caught” doing good deeds, such as wearing helmets and using crosswalks, are approached by police officers and given a coupon for a free Slurpee.

7-Eleven aims to be an active community partner in the cities where it has stores, so involving local community organizations was integral to the event’s success. The team invited the Riverside Police Department and Jurupa Valley Station Sheriff’s Office, local radio station KGGI 99.1 and the Boys & Girls Clubs of Greater Redlands and Riverside to participate in the event and host fun activities for the families in attendance, from signing Operation Chill “pledges” to be on their best behavior this summer and playing safety trivia, to giving away 7-Eleven branded balloons and Operation Chill temporary tattoos.

The event, which took place in the parking lot of the partnering 7-Eleven store, was advertised through local papers, community calendars and :30 second spots on KGGI—advertising that paid off, given the estimated 200 people who attended and post-coverage on Riverside radio station KFROG 95.1 the following day. Everyone left the event happy, with Operation Chill pledges and Slurpees in hand. Or in my and Kari’s case, Big Gulps with mustache straws and the sense of a job well done. 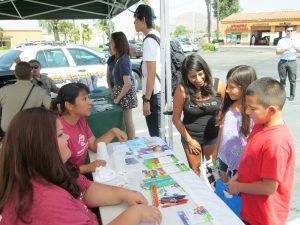 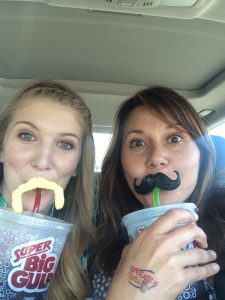 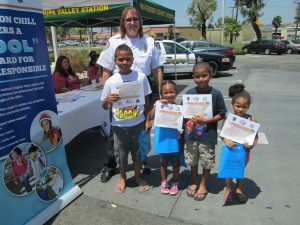