Supporting A Cause Close To My Heart

After my twins were born in June 2010, my daughter spent one week in the NICU at Kaiser Roseville. It was probably the most challenging experience of my life – having to leave one healthy, but small and needing some special attention newborn infant at the hospital, while I took her stronger twin brother home.  My husband, Mike, and I spent several days and nights, exhausted, heading back and forth for hours at a time to the Kaiser NICU, to spend time with our new baby and provide her the care she needed, all while still having to do the same at home for another newborn.  But despite the exhaustion, it was only one week of our lives, and at the end of it, we were fortunate enough to bring home a beautiful healthy baby girl who was once again reunited with her twin brother.

Some families aren’t as lucky.  While in the NICU, I met several new parents who had critically ill infants there.  Babies they didn’t get to take home after just a few days. In some cases, babies who had been undergoing treatments in the NICU for months, and in other cases, I saw parents who never got to bring their baby home.  I saw the wear on the parents, and I felt their pain, and it made me realize that no matter how hard it felt at that moment for myself, many others had it much harder.  Some of these families weren’t even local, and had to have their babies transported from out-of-area hospitals, so unlike me, they couldn’t run home for a nap, or to shower, or to eat with their spouse – and instead, they spent nights sleeping in chairs in the NICU, or exhausting their savings accounts staying in nearby hotels.

Shortly after my children were born, I met this amazing woman named Cyndi Mitchell.  She was involved in a local MOMs (mothers of multiples) group that I belonged to, and had toddler twin girls herself.  Her girls, Aly and Izy, were born two years prior, and had spent a week in the NICU as well.  After suffering the same emotional challenges I just described, she and her husband, Dustin, took it upon themselves to try to help other families with babies in a local area NICU, and established the Aly & Izy Foundation.  The Foundation provides several services, including free housing onsite at Kaiser Roseville through the use of its “RV for Preemies” program, distributes care packages and supplies to new parents with babies in the NICU and when necessary, offers financial assistance for burial services.

When I saw the opportunity to help the Aly & Izy Foundation, I jumped at the chance —not only because I felt my professional skills would be put to good use, but because it would lend me the ability to help those who are in a situation I knew all too well. So after meeting Cyndi in 2010, I began offering financial support, then pro-bono marketing support, and in 2012, I took on a board position with the Foundation.  Since then, my team and I have been able to help her redesign the website for the Foundation, create new marketing materials, secure media coverage and coordinate multiple fundraisers.  We’ve even sewn more than 100 blankets for families with babies in a local area NICU.  I love the group, and the amazing services it provides.  It’s a small charity, but it’s mighty.

The foundation, a 501c3 organization, relies solely on the funds raised from donations, many of which are raised at its annual “Golfing for NICU Babies” tournament. We’re now in the final stages of planning the third year of the tournament, which is on Monday, July 14 at Catta Verdera.  It is because of volunteers and others like my wonderful staff, who are willing to put in the time and resources that the Foundation continues to grow and provide ongoing support to so many families in the Sacramento region. All of the things that this Foundation does helps serve as a continual reminder to me and my team of why we do what we do for a living, and why giving back to the community is so important.

If you’re looking for a great charity to support, please consider this one.  You can help in many ways:

A big part of why I love my job is because I get to help people every day. I help my clients deliver effective campaigns. I help my team deliver big ideas. I help influence change. I help causes that I believe in, and encourage my team to do the same.  I’m proud to be able to help the Aly & Izy Foundation, who, in turn, has helped hundreds of families throughout the region deal with the difficulties associated with having a critically ill infant.

I hope to see many of you out on the course next week.  If you do make it out, be sure to stop me and say hello so I can thank you in person for your support. 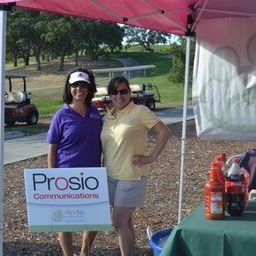 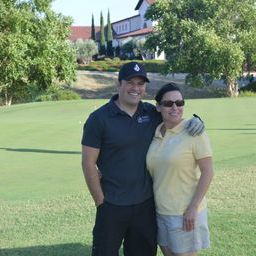