We live for late night TV – Even when we’re producing It!

In what can only be described as a true test of human will and one’s ability to forgo sleep, our team recently oversaw the late-night development and filming of the California Office of Traffic Safety’s first-ever anti-drunk driving television spot.  The filming took place after midnight in local Sacramento hot spot, Red Rabbit. Lori and Kari attended alongside our client Chris and our creative partner Glass Agency, and still managed to provide editorial direction and a lot of late-night, punchy commentary – despite the late hours involved.

Through the team’s continued efforts on behalf of the ongoing RUOK? campaign, which uses ridiculous questions such as “What kind of shoe polish do you use on flip flops?” to highlight the idiocy similar to asking someone who is drunk: “Are you okay to drive?”, the television spot further drives home the concept through a moment of self-realization among a host of drunk thoughts.   The new spot, titled “One Sober Moment”, features an every-day guy at a bar having a few drinks by himself. As he drinks, we see his random, sometimes ridiculous, drunken thoughts appear and begin to fill up the screen all around him, until he has that a-ha moment that causes him to question his sobriety and his ability to drive home.  As we so often push through all messaging – if you have to ask yourself, or someone else, if you’re ok to drive, the answer is most likely “no”.

The new spot, which will air on network and cable television channels throughout the last three weeks of December through both paid advertising and PSA placement efforts, will provide an extended opportunity to continue to reach target audiences to promote anti-drunk driving messaging. In the past, OTS has used non-campaign specific spots provided by its federal partner, the National Highway Traffic Safety Administration, so the development of the new :15 and :30 spots are a pinnacle event for OTS.

The on-set camaraderie – a la sleepy-eyed selfies and uncontrollable laughter about…well…nothing – helped pass the time so quickly that it almost didn’t feel like an overnight shoot. Almost. Thanks largely to the availability of hot coffee, powerful energy drinks and late-night noshing, the team wrapped up around 4 a.m. with hours of tedious footage that, after editing, would soon become the final spot that we are pretty darn proud of. You can view our team’s genius here.

While the late hour of filming is apropos for the subject, the team can’t help but hope that the next time they have the opportunity to create a new spot, that the topic, or budget, allows for a television shoot at a more reasonable hour. 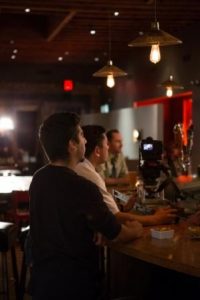 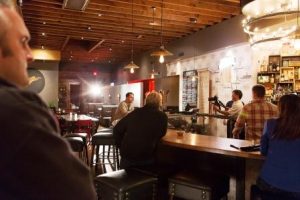 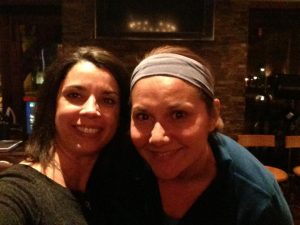